John Staub has been the owner and General Manager of WJEJ since December 21, 1972. 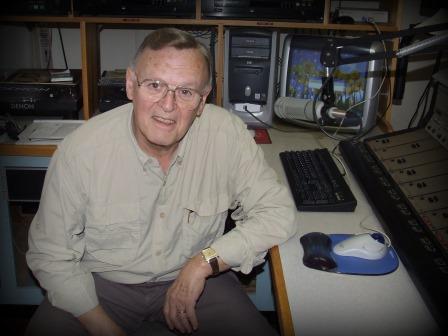 A professional broadcaster since January 1954.  He has worked in all phases of the business including Announcer/DJ, Sales, News, Programming and even some Engineering.

One of his major accomplishments as a young man was the building and operating of WMHI in Braddock Heights, Maryland, from 1960 to 1972 along with two partners.

His training and experience in radio broadcasting have convinced him of the obligation of continuing the tradition of quality radio programming and an adherence to the former Radio Code of Good Practices.  This he has done with WJEJ in what he calls "Classic Radio".

"I began listening to WJEJ as a young boy in my hometown of Brunswick, Maryland on a crystal radio set with earphones.  The "fireside chats" by Franklin Delano Roosevelt really impressed me.  I have now spent most of my adult life as a professional broadcaster having begun in radio in January 1954.  I started in radio in Waynesboro, Virginia.  Then I worked at WARK in Hagerstown and WFMD in Frederick.  In 1960 I built my own radio station, along with two partners, in Frederick licensed to Braddock Heights.  I purchased WJEJ AM-FM in December 1972.  I've always been proud of our continued community involvement which was the original intention of local radio broadcasting.  It is my hope that we can continue to do so." 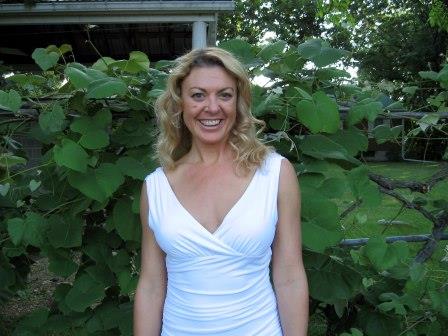 Joanna is the Assistant Manager of WJEJ Radio.  She says of her experience with the company..."It has been both a pleasure and a privilege to grow up in the WJEJ environment. When I was only one month old, my father, John   Staub, purchased WJEJ AM & FM. Running a radio station requires long hours of hard work and dedication. As a young child, I thought my father LIVED at the radio station! I have known most of the staff and radio personalities of WJEJ since I was a child and I truly feel blessed to have had such caring, dedicated role models. I recorded my first radio commercial for F&M Bank when I was in first grade. Ever since I heard that first commercial on the radio...I became enamored with the radio business and advertising. I joined the 4-H Public Speaking program and was able to travel and compete in public speaking competitions. I worked part-time at WJEJ during high school and then moved to Hillsdale, Michigan to obtain my B.A. in Marketing & Business Administration. After college, I returned to Hagerstown and WJEJ where I have worn many hats throughout the years including: filer, copywriter, salesperson, commercial producer and editor, announcer, computer programmer, music programmer, trainer, manager, spokesperson, employee and affiliate relations coordinator, and webmaster. I am now Assistant Manager of WJEJ and very proud of the people that make WJEJ the bright spot on your AM dial. I am also very thankful for the devoted listeners that support this radio station. We wouldn’t be here if it wasn’t for you!"

The History of WJEJ Radio

WJEJ became the fifth radio station in the State of Maryland when it went on-the-air October 29, 1932. It was a bold venture to undertake during the Great Depression. There were only about 620 radio stations   in the world at that time. WJEJ began its first broadcast at 12:45pm, and as was the tradition then, the transmitter only stayed on as long a there was something to say, or someone was singing.

WJEJ's first early morning singer-announcer was Earl Mentzer. He was called "Earl, the Early Bird" and he chose "A Smile Goes a Long, Long Way" as his theme song.

The station moved to the Lovely Dame building on West Washington Street in 1934, and then to the Franklin Court Building on West Franklin Street in 1938.  A studio orchestra performed under the direction of Dr. Buys.  Vocal concerts from the Arion Chorus were directed by David Dorman. Both were heard on a regular basis from Franklin Court. Some of their programs were fed to the Mutual Network for Broadcast nationally. Broadcasts from Mercersburg Academy were also fed to the network. Some of the best known Big Bands and Orchestras came to Hagerstown to play for dances in Franklin Court Auditorium. Many of those programs were fed live to the network... generally half-hour broadcasts.

During World War II, WJEJ was the only station in in this part of the valley. The war news came in regularly from the Mutual Network with such well-known voices as Gabriel Heater, H.V. Kaltinborn and Fulton Lewis, Jr. The station and the transmitter site were guarded 24-hours a day by local police to protect against sabotage. To help with the war effort, a complete dining facility was set-up in the basement level of Franklin Court where all three shifts at Fairchild could come for a good meal.

Radio was radically different after the war. Music was generally provided from records, and the music union made you aware that James C. Petrillo was their president...every fifteen minutes on the radio. The networks provided most of the daily programming, with "Soap operas" and dramas and comedy shows at night. News became a very important feature of the networks, and WJEJ carried both the Mutual and ABC networks. Paul Harvey's news and comment became well-known in the area.

Tradition has always been important with WJEJ, and when the station was purchased in 1972 by John T. Staub, he was determined that that philosophy would continue.  Community involvement is still the hallmark of the station. WJEJ has broadcast the Alsatia Mummer's Parade since the early 1930's.

WJEJ has had "Cooking Schools" and "Bridal Shows," but our most popular and longest running show is "The WJEJ Phone Party." The Phone Party was started on WJEJ around 1940 as a show for sharing recipes and household hints. It was sponsored by Dr. Pepper. Eventually, the soft drink sponsorship moved on, but the show was so popular it remained on the air and continues today under the guidance of Lou Scally. A regular participant from the 1960's to 2005 was Mrs. Juanita Queen. She was the daughter of former slaves who lived next to the mansion house in City Park. Mrs. Queen always had a helpful hint or recipe for caller's requests.


Deprecated: Non-static method Joomla\CMS\Application\SiteApplication::getMenu() should not be called statically, assuming $this from incompatible context in /home/customer/www/wjejradio.com/public_html/templates/youpulse/layouts/yjsg_mobilemenu.php on line 19

Deprecated: Non-static method Joomla\CMS\Application\CMSApplication::getMenu() should not be called statically, assuming $this from incompatible context in /home/customer/www/wjejradio.com/public_html/libraries/src/Application/SiteApplication.php on line 275